‘It is not the walls that make the city, but the people that live within them.  The walls of London may be battered, but the spirit of the Londoner stands resolute and undismayed’


This blog is dedicated to the Christmas trees of London.


The spirit of this Londoner was slightly battered so I headed out of London for some rest and recreation to Abu Dhabi, Middle East, in early November 2016.  My first ‘taste’ of Christmas in London, this year, surprisingly came at Heathrow, Terminal 5, where I spotted my first Christmas tree of the year.  What a magnificent tree it was. 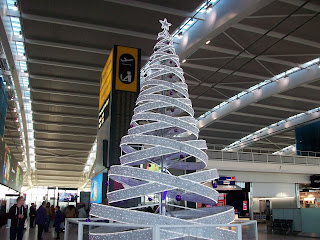 Yes!  London is open and welcome to travellers from all over the world, particularly at Christmas-time.  Despite the gloomy weather London is full of visitors, from near and far, enjoying the bright lights, plentiful shops, fabulous free museums and art galleries.  London has ‘pop-up’ ice-skating rinks all over the city, and for the first time this year there was an ice-skating rink at the Tower of London.  However, my first sighting of an ice-rink was at the incredible Natural History Museum – such a great atmosphere with families enjoying the novelty, and another wonderful Christmas tree. 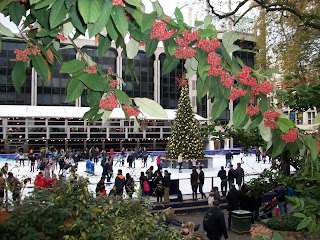 My next sighting was of one of the most famous Christmas trees in the world.  It is situated in Trafalgar Square, next to the National Gallery.  This is an annual gift from the city of Oslo, in Norway, to thank London for her help during the Second World War.  The tree is usually a 50 – 60 year-old Norwegian spruce tree, decorated in traditional Norwegian fashion.  People gather around in the evening to sing Christmas carols.  This has been a tradition since 1947.  When it is removed just before ‘Twelfth Night’, it is recycled. 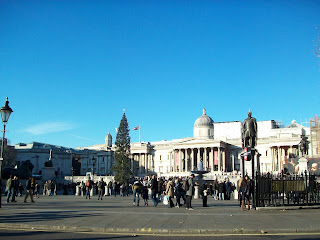 No Christmas in London is complete without attending Carols by Candlelight at the famous Royal Albert Hall.  At this magnificent concert, the audience joins in with the singing of carols and seasonal classic songs.  As well as the two lovely Christmas trees, there was a marvellous reading from Charles Dickens’ famous book ‘A Christmas Carol’ by actor Bernard Cribbins.  This is the second year in a row I have attended this concert, and it is well worth paying a little extra for a box seat, where you can be served with pre-booked drinks and snacks.  It’s a wonderful performance that really gets people into the Christmas spirit.  It also includes: 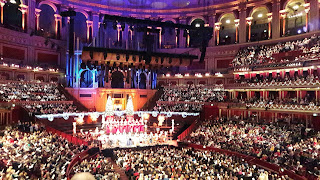 Christmas, in London is not complete either, without a visit to the ‘Magic of Kew’ – this is an annual festival of seasonal illuminations at Kew Botanical Gardens .  Unfortunately, we had light rain this year, but it didn’t detract from the amazing illuminations.  There are plenty of activities for children, and food and drink stalls. I remained resolute and undismayed: 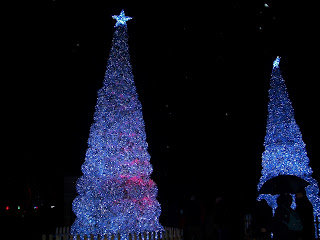 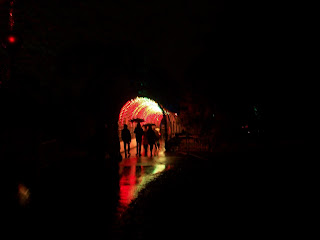 I hope you are inspired to visit London at Christmas-time – there are plenty of activities including, out of the 101 things to do:


A visit to the Charles Dickens museum, located near to the British Museum, and:


And – if you get the opportunity, don’t miss an incredible performance of ‘Swan Lake’ by the Moscow City Ballet – in 2016 there was a performance at Richmond Theatre, in South West London.  Richmond is easily accessible by over-ground train and the London Underground Tube. 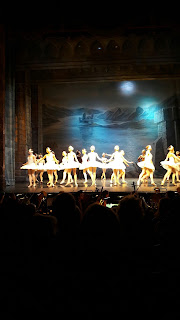 Not to forget the wonderful shops where the sales continue into January!