‘Let your memory be your travel bag’, Alexander Solzhenitsyn


The Royal Borough of Kensington and Chelsea is the smallest borough in London.  As well as housing the largest French population in London, it includes attractions such as The Victoria & Albert Museum and the Natural History Museum.  Its great shopping includes Harrods, Knightsbridge and Peter Jones, which is in Sloane Square.  It is very easily accessible by underground train and buses.  However, as always, it’s best to discover a city on foot and get lost [as I frequently do!].  The Natural History Museum is pictured below. 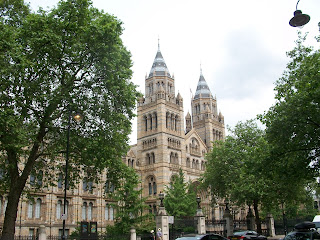 A walk around South Kensington brings you into contact with the museums, plus the secret Thurloe Square Gardens.  This garden was laid out, and developed, in 1840, is locked and is accessible only by local residents who have to be a member.  More open to the public is Thurloe Street, which is lined with Victorian houses, such as the one below.  If you look closely you can see a ‘Blue Plaque’ dedicated to Margery Blackie, the first homeopath to Queen Elizabeth the Second, who lived at 18 Thurloe Street. 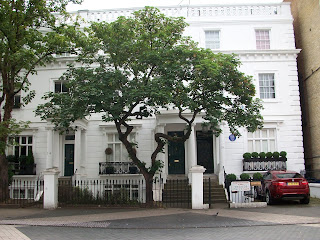 The Blue Plaque scheme is run by English Heritage and links notable figures of the past, and the buildings in which they lived.


Take an underground train to High Street Kensington, on the Circle Line from South Kensington, and this brings you to a long shopping street.  Take a left out of the station and walk along to Phillimore Gardens on the right-hand side.  You can immediately spot Rolling Stone Bill Wyman’s restaurant ‘Sticky Fingers’, if you are stuck for a place for a bite to eat. 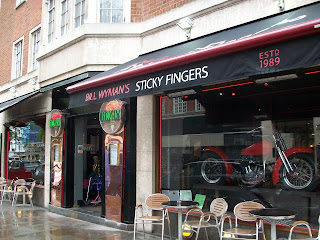 Walk up Phillimore Gardens, and the walk brings you to Holland Park.  Holland Park is both a district in London and an amazing park of 54 acres.  Most of the lower area of the park is designed for sport, but it has acres of natural woodland, and squawking peacocks which often appear and take you by surprise. 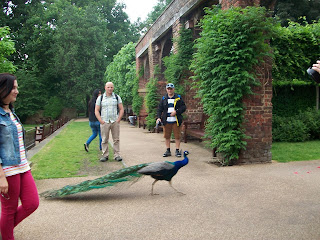 A really stunning addition to the park is the Japanese Kyoto Garden.  This was only built in 1991 for the ‘London Festival of Japan’, and refurbished by a Japanese specialist team in 2001. 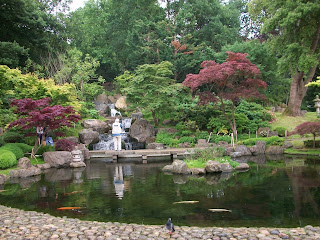 It also contains the Azalea Garden space and the Fukushima Garden, which was opened in 2012.  The Fukushima Garden was opened to commemorate the gratitude of the people of Fukushima, Japan, for the support of the British people when natural disaster struck Fukushima in 2011 – the tsunami that devastated that area of the world.


Below is a picture of the Azalea Garden. 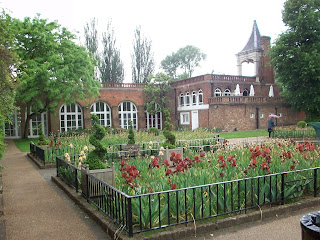 Of course, there is much more to say about the Royal Borough of Kensington and Chelsea, but as always, I will leave that for you to discover yourself!