‘To see the world in a grain of sand


And heaven in a wild flower


Hold infinity in the palm of your hand


And eternity in a hour’


Chiswick House & Gardens is outside of the usual tourist trail in London.  A little known, gem of a place.  Even to me, who worked in this area for three years in the 1980s.  I didn’t know it existed until the last couple of years and what a find.  It is easily accessible from central London, approximately 30 minutes from Waterloo, although it might be a bit tricky to find from Chiswick Railway Station.  Gunnersbury station, on the London underground, is probably easier to navigate from.  I took a 237 bus from West London, which goes past the London Museum of Water and Steam, the Musical Museum, and the turn-off for Kew Gardens.  The same bus also comes in from the opposite direction from Shepherds Bush.  Get off the bus at Clifton Gardens, turn down Dukes Avenue, go under the subway to the other side of the motorway, and enter through the woody entrance to the gardens. 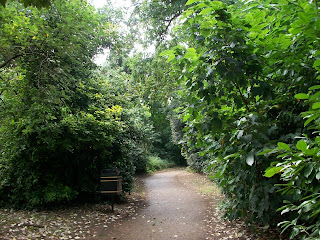 The gardens are free of charge although to see the house there is a small fee.  The house isn’t open on Saturdays so check opening times before you go.


Either take a left turn and walk straight to Chiswick House, or continue walking until you arrive at the pond and walk around it until you get to the bridge. 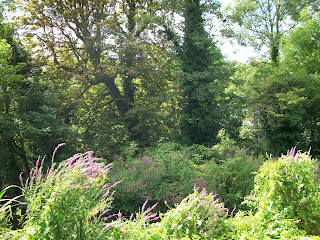 I was greeted at the pond by a couple of Egyptian Geese, which have distinctive pink feet.  They were brought from their native Africa around 300 years ago, and have taken about as long to acclimate to our variable English weather.  Until recently, they were mainly found in the Norfolk area of England but are now found in a wider area across London.  Originally, they were brought to these shores as ‘ornaments’, and beautiful ornaments they do make! 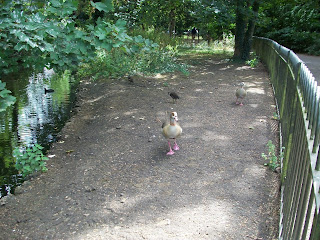 Go over the bridge, take a right turn and the walk brings you past the Ionic Temple [The Orangery] and further along, a reconstruction of a Roman garden with some very interesting statues. 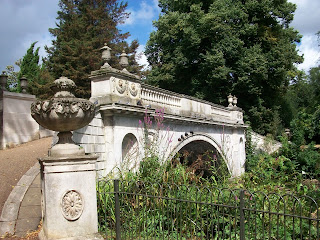 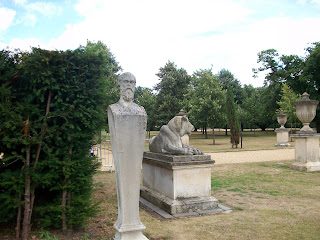 Directly in front, is a great view of Chiswick House and a fabulous avenue lined with trees.  To the left is the extension of the pond – if you have children, be careful as there are no barriers at the water’s edge. 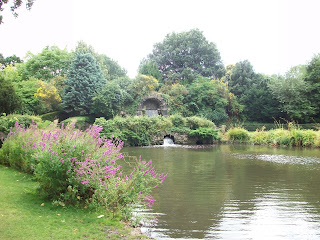 Walking around Chiswick House, there is a play area for children, and a small café.  Towards the right side there is a cricket pitch.  The gardens date from the 18th century [1725], and were a creation of Lord Burlington and William Kent.  They are reportedly influential in the creation of Blenheim Palace and New York’s Central Park.  The area is designed in ‘neo-Palladian’ style and had a major refurbishment in 2010.  The Beatles filmed videos for Paperback Writer and Rain, fifty years ago here!


Moving on through the gardens, you will come to the beautiful Italian Gardens bordering the Conservatory.  The colours of the flowers are incredible.  The Conservatory houses camellias first brought to the gardens from their native China 200 years ago. 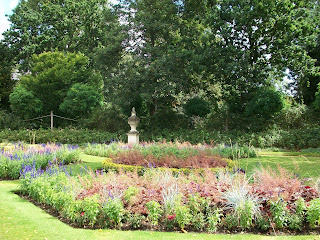 It is said that the then Duke of Devonshire, used to hold lavish parties here.  Including, in 1844, a garden party for Nicholas I of Russia!  At one point, even two giraffes were brought from London Zoo to the gardens, but we are probably all glad that no longer happens [poor giraffes would be terrified of all the partygoers!].


I have not been to a more beautiful and tranquil spot for many years.  If it wasn’t for a view of two construction cranes in the distance, one could be deep in the English countryside hundreds of miles from the urban landscape.  However, all too soon, it was time to depart.  If you have time, before heading back to your home or hotel, wander around the Chiswick area.  There are plenty of shops, pubs and restaurants and Turnham Green is a nice photo stop. 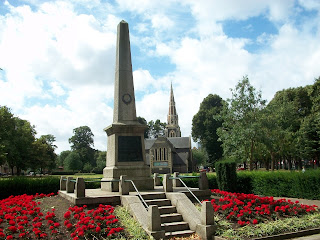