‘’The greatest reward and luxury of travel is to be able to experience everyday things as if for the first time, to be in a position in which almost nothing is so familiar it is taken for granted.” — Bill Bryson


Rediscovered the ‘old’ Dubai on this trip, having visited more times than I can remember in the last 35 years, primarily for relaxing and enjoying the sun!  I have made the mistake of taking it for granted.   If you only have a few days, I can recommend undertaking the half day city tour – there are various available but I booked the one with Viator before leaving London.  The local provider was Orient Tours, who often can arrange a hotel pick-up but check before you go.  Orient Tours called me the morning of the tour to arrange pick-up at 1.30pm local time from the Novotel Deira Hotel.  The Novotel is ideally located if you want to do some shopping as it is directly opposite the Deira City Centre Shopping Mall, one of 52 malls in Dubai [and more are being built}.


The first stop was Jumeirah Beach, the ‘open’ beach, which means public beach.  It was 37 degrees and there isn’t much shade, so it was completely deserted.  Jumeirah is a suburb of Dubai , and an old haunt of mine from when I first visited – but it is unrecognisable now due to the myriad of hotels and high-rise buildings that have emerged over the past couple of decades. 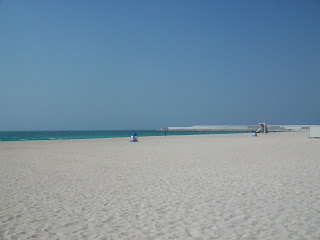 Of particular interest on Jumeirah Beach, is the Hotel Burj Al Arab.  It’s the only 7 star hotel in the world although there is no classification criteria for a 7 star hotel as it is extremely rare.  The tour guide advised us that it can only be entered if a room is booked, or one takes tea, which costs the equivalent of 40 British Pounds so I gave that one a miss!  Burj in Arabic means tower, and ‘Al’ is the equivalent in English of ‘the’.  Translated, therefore, the hotel name means ‘The Tower of the Arabs’.  Apparently, guests can dictate where the furniture can be located in their room, because all the furniture is movable.  However, the cost of rooms is prohibitive, so I won’t be re-arranging my room there anytime soon, unless I win the lottery! 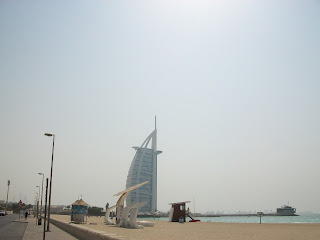 The next stop was the stunning Jumeirah Mosque – made completely of white marble, with two minarets, it is a replica of a mosque in Cairo, Egypt.  It was undergoing renovation whilst I was there, and because it was the afternoon, no visitors were allowed.  However, if you check locally, there are certain days and times that it welcomes visitors. 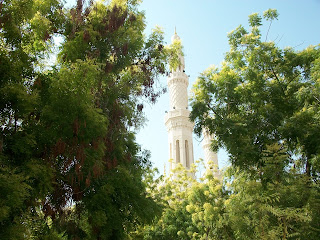 From the mosque, we were transported to the Dubai Museum, which I had never visited before.  It provides a comprehensive history of how Dubai has metamorphosed into the important financial and business centre it is today.  Only 40-50 years ago, Dubai was a quiet, little-heard of city which because of oil, has now been propelled on to the world stage as a global city and the 22nd most expensive city to live in the world [and the most expensive in the Middle East].  Oil only represents about 5% of its revenue now, and although the population is currently approximately 9.5 million, 83% of the population are ex-patriates.


The Dubai museum is unique, in that’s it’s set in the charming Al Fahaidi Fort.  The foundation of the museum was laid in 1971, although the city of Dubai dates back 5,000 years. 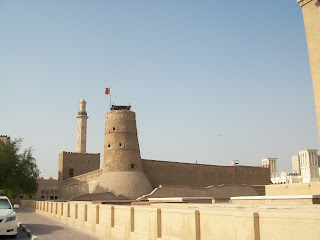 There are some beautiful exhibits of the early boats used to cross The Creek, which is the main waterway in Dubai. 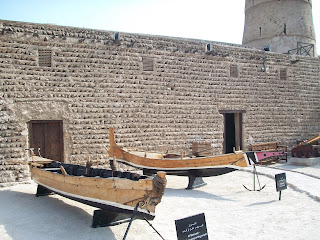 The Dubai Creek, which was our next stop, for a short boat ride across to the Spice Souk [market], is 10 kilometres long.  The Ancient Greeks used to call it the River Zara.  Dubai has been a main port since 1902, and dhows [boats] continue to transport and offload cargo along The Creek. 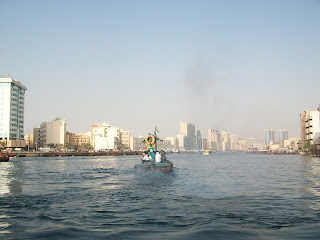 A short walk around the corner from the Spice Souk, is the Gold Souk, and on the way, is another example of the magnificent old architecture of the city. 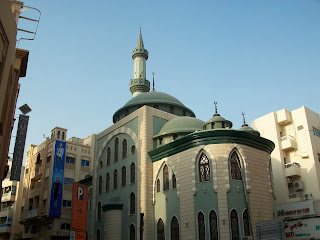 It is illegal to sell fake goods in Dubai, unless the vendor tells you the goods are fake, so we were reassured by our guide.  He was very helpful and assisted those that were interested in buying gold objects and artefacts to ensure we got the best price.


It was wonderful to reconnect with the ‘old’ Dubai and appreciate the history of the city.  Notwithstanding, the air-conditioned metro station and bus shelters, modern contributions to the city are also ‘worth their weight in gold’! 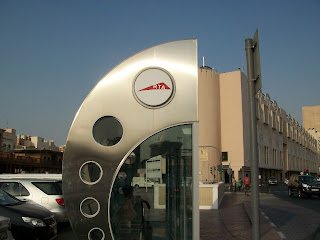 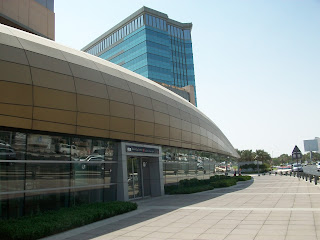 Above are photographs of a metro station, and an air-conditioned bus shelter.