'Once a year, go somewhere you have never been before.' Dalai Lama


Today’s walk in London was inspired by a search for some of London’s ‘secret gardens’.  One weekend per year, the public are allowed into the ‘locked gardens’ of London.  The rest of the year, the gardens are open only to the local residents of the area.  I had been meaning to visit the gardens for the last few years, but always missed the opening dates.


A few days previously, I had taken a 2 hour London bus tour from Victoria to the Tower of London, and the guide reminded us that the secret gardens were open the weekend of 18/19 June.


My walk took me from Victoria Station, a mainline and tube train stop, through to Knightsbridge, via Chester Square.  From the Buckingham Palace Road station exit, cross the road and take the first right on to Eccleston Street, past Ebury Street and this will bring you into Chester Square Garden, which is just one of the secret gardens. 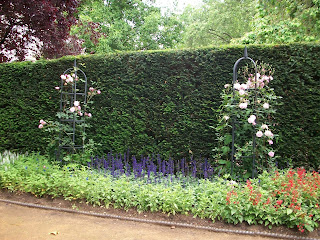 There are two gardens – one on the right and one on the left, although originally there were 3 separate gardens .  The left-hand one (west) was open to the public and cost £4 to enter, or you can buy a pass for all the gardens for £14 [prices subject to change].  I only had time to visit one garden but next year I will be better organised!  The right-hand one (east) is a shrubbery. 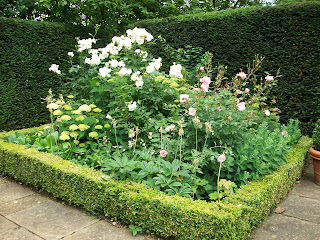 This area of London is known as Belgravia, and is one of the wealthiest districts of London, if not the world.  The land is primarily owned by the Grosvenor family.  There are many embassies in this area, and some of the most well-known residents of Chester Square have been Mick Jagger, Mary Shelley (author of Frankenstein) and Margaret Thatcher. 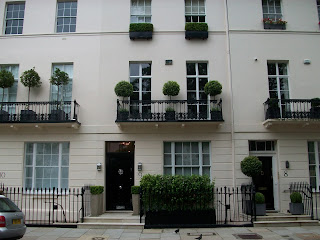 The gardens were first developed in 1832, and the west-side has a magnificent view of St Michael’s Church, built in gothic-style.  Visit www.stmichaelschurch.org.uk for further information.  Some of the historic trees from 1867 survive and the rest of the garden speaks for itself. 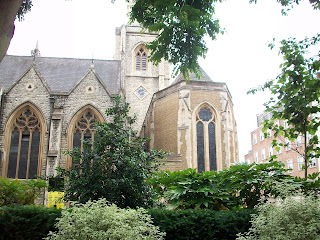 Continue walking down Ecclestone Street, and it brings you to Eaton Square which houses another secret garden.  Cross the square on to Belgrave Place and take a left turn on to Pont Street.  Continuing on Pont Street, in the distance you can see a church – this is St Columba’s Church [Church of Scotland].  One of the magnificent stones has an engraving ‘the Queen laid a stone here in 1510’.  Although my eye-sight must be playing up because the Church’s website says that Queen Elizabeth the Second laid the foundation stone in 1950!  Visit www.stcolumbas.org.uk for more revelations. 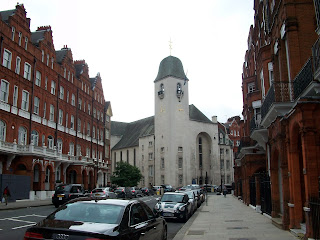 Just before the church, if you take a right turn on to Hans Place, there is a ‘blue plaque’ dedicated to Jane Austen [see my Kensington blog for more information on the blue plaque scheme]. 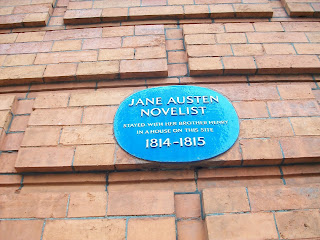 Walk down Hans Place and around Hans Crescent and it will bring you out to the famous Harrods store in Knightsbridge.  This area has become very developed since I used to hang out here in my late teens, where all the trendy shops were.  There are now cafes and restaurants and an entrance to Knightsbridge tube station. 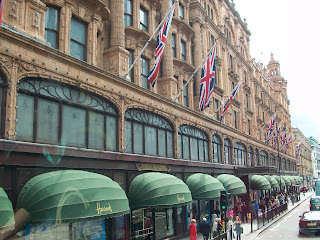 I took a bus west [2 stops] to South Kensington to get back to West London, via South Kensington tube station on the Piccadilly line.  However, for those interested in London’s famous museums, the Victoria & Albert Museum and the Natural History Museum are right there on the doorstep.


For more information on the secret gardens of London visit www.opensquares.org