“Twenty years from now you will be more disappointed by the things you didn’t do than by the ones you did do.” – Mark Twain


I was out for a stroll in London today and came across a most remarkable place that I hadn’t visited before.


Walking through Chelsea and Fulham, I pondered whether to hire a bike, but prefer to walk, so walked passed the bikes!


The ‘Boris’ bikes are a public bicycle hire scheme, in London, which were introduced to encourage cycling around the city, based on a scheme introduced in Paris several years before.  They are not free and gained the nickname of ‘Boris’ bikes, when Boris Johnson was the Mayor of London. 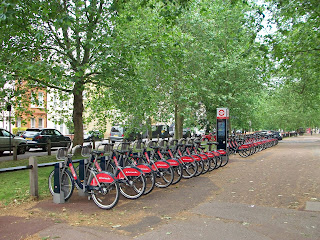 Wondering around this area of London, I came across, by chance, the Victorian Brompton Cemetery.  A truly amazing area, which covers 39.5 acres of ground, is Grade I listed in the Heritage England’s Register of Parks and Gardens, and a conservation area.  It is one of Britain’s oldest cemeteries. 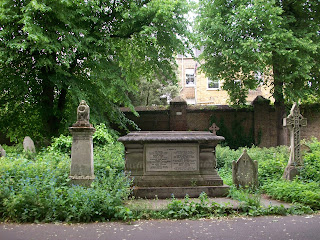 Designed by architect Benjamin Baud, the aim was to create an ‘immense, open-air cathedral’.  It includes a domed Anglican Church and the Colannades, which flank a Central Avenue, planted with lime trees and the Great Circle.  Beneath these are the catacombs which are entered by cast-iron doors.  However, there are 60 species of trees on this site. 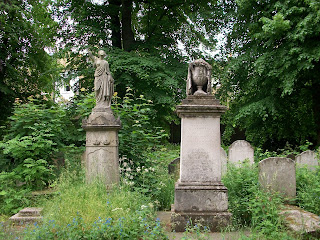 Amongst the famous people buried here, is Emmeline Pankhurst, the famous suffragette.  Her grave can be seen from the Central Avenue towards the West Brompton exit.  West Brompton Underground Station is close by.  An interesting ‘snippet’ from Wikipedia says that Beatrix Potter may have used names from the graveyard for her characters – names of people buried here include Jeremiah Fisher and Mr Nutkin.  Beatrix Potter lived close by on the Old Brompton Road (thank you Wikipedia!). 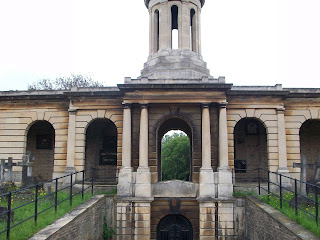 It was built because local churchyards were becoming full,and another, larger site was required to lay people to rest.


Brompton is the only cemetery to be nationalised in England, and is under the care of the Royal Parks.  It is beautiful, serene and a ‘haven for wildlife’, although I saw mainly squirrels.


The Friends of Brompton Cemetery run tours on Sundays, and have a variety of events in the summer, such as the open day and lectures.


The public can ride bikes, walk and even picnic in the area.  It was designed to be an ‘uplifting experience for visitors’ and here it succeeds.  Prior to the cemetery being commissioned, this area was a market garden in the ‘countryside’, of a London that in the mid-1830s, was the biggest city in the known world. 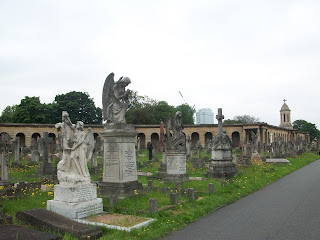 On the way to the cemetery I discovered a secret garden in Chelsea.  It was so secret I couldn’t find a name.  Picture below: 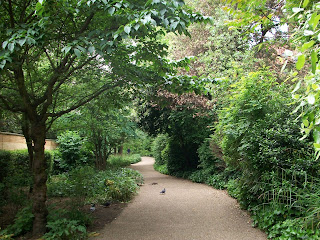 Thanks to www.brompton-cemetery.org.uk for the invaluable information provided here, and you can also visit www.royalparks.gov.uk for more information.