Today’s walk was a complete revelation.  Just 20 minutes by bus from where I live in West London, this was my first visit to Syon Park, House & Gardens in Brentford.  It is served by buses including 237, 235, 267 and E8.  The nearest London overground station is Kew Bridge, accessible from Waterloo and Victoria, and the nearest underground station is Gunnersbury.  There is a free car park via the vehicle entrance Park Road, Isleworth, or make an overnight trip and stay at the Hilton Hotel on site at Syon Park.  Always check opening times as it’s not open all year or every day. 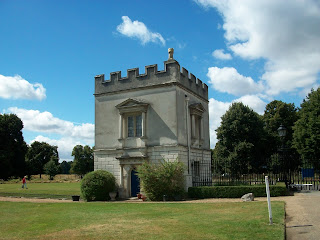 The Brentford area of London is steeped in history, and is at the confluence of the River Thames and the River Brent.  Julius Caesar claimed he crossed the Thames here in 54 B.C, although historians point out there isn’t any archaeological evidence, and Caesar was prone to embellishment.  Allegedly, there was a battle here between him and the local king, Cassivellaunus.  However, there is evidence of a Romana-Britain settlement, which developed alongside the main road.


Well-known past residents of Brentford include Pocahontas , her husband  John, and son Thomas.  Pocahontas is buried in Gravesend, Kent, UK.  The 6th U.S. president, John Quincy Adams, lived in Brentford from 1815-1817.


At Syon House, I was excited to read about the Battle of Brentford [I am a bit of a history nut], and be introduced to the most famous scientist I have never heard of:  Thomas Harriot.  Historical reports conflict but local historians believe that the Battle of Brentford was the most significant battle in the English Civil War.  As Royalists marched from Hounslow Heath [where I live], and another Royalist guard marched up Syon Lane from the south, they clashed with the Roundheads, close to the area of the Lion Gates, pictured below. 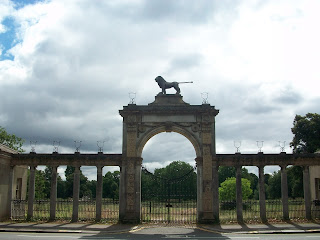 These gates are locked but there is a pedestrian entrance just east of the gates.  As a result of the battle, King Charles I failed to capture London.  Brentford was then 8 miles outside of the boundaries of London.  The King made it as far as Turnham Green, but then turned back to Oxford where he stayed out the rest of the war.


Thomas Harriot [1560-1621] was a mathematician and astronomer, who founded the English school of algebra.  He lived at the house, worked for the Northumberland family and is credited for his telescopic drawings of the moon, in early August 1609 – several months before Galileo.  He also accompanied a venture, funded by Sir Walter Raleigh, to the Americas, specifically to Roanoke.  He is credited for translating and learning the Carolina Alongquian language from two First Americans, in 1585. 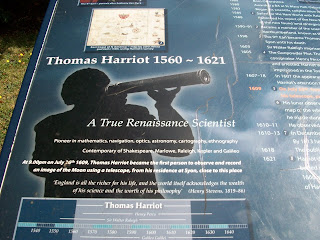 Syon House was given to the Duke of Northumberland’s family [the Percys] at the end of the 16th century.  The Northumberlands also own Alnwick Castle, in Northumberland.  The estate comprises of 200 acres of parkland, which includes many acres of landscaped gardens.  Much of the parkland is beautiful wilderness.  In the 18th century, Capability Brown was the landscape artist involved in creating the splendour, and Robert Adam the architect who refurbished the house.  It was first opened to the public in 1968, and was last used as a family home in 1995, although there are occasional Percy family weddings held here.  The house has to stay open to the public for at least 100 days a year.  The park is free to use and there is a fee to enter the house and gardens. 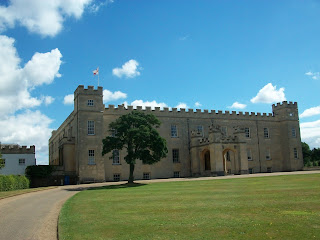 The Great Conservatory has been described as one of London’s ‘hidden treasures’, and is truly spectacular, particularly in summer when bright sunlight streams in. 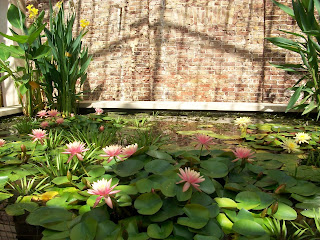 Recent excavations at the site [by televisions’ ‘The Time Team’] revealed the existence of a medieval abbey, larger than Westminster Abbey.  This was home to the only Bridgettine [monastic order of Augustinian nuns] house in England at the time.  This particular community was dissolved in 1539 but the order still exists today. 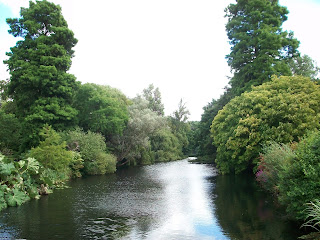 If you take a left turn before going to the house, just around the area of the landscaped gardens and the Great Conservatory, there is an excellent example of an ‘Ice House’.   In the days before refrigerators, large lumps of ice were taken from the ponds and stored in underground chambers, although this chamber isn’t that far underground.  The ice was then chipped away and used to cool drinks and make ice cream.  Although I am not sure I would enjoy ice cream made with pond ice as the water may have had dead dogs in it [thanks writer Sophie Campbell for that tid-bit!]. 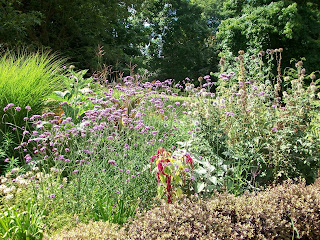 Moving on to the house itself – it may not look particularly extravagant from the outside, but once inside, it is truly one of the most beautiful houses I have ever visited. 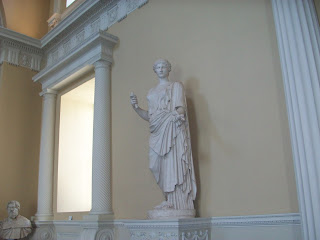 Flash photography is not allowed so I will have to describe The Red Drawing Room on the first floor.  [I was told off for taking flash photographs, and had a job explaining it wasn’t me, but the camera turns on automatically to flash!].  Anyway, the drawing room is a beautifully decorated long room, with hues of pink and red and many colours associated with that particular part of the rainbow – warm and inviting.  The room is adorned with much artwork, recently cleaned, so it is bright and beautiful, primarily of the Stuart family.  Van Dyke paintings are represented here also.  From the carpet to the ceiling decorations, it is simply overwhelming.


As you go further through the house, apart from the Long Room and the bathroom, which are fascinating, you will come across one of the bedrooms used for the filming of the Robert Altman movie ‘Gosford Park’ [they left the drapes and the bedspread].  This site has also been used as a location for other movies, such as ‘Alice Through the Looking Glass’, and the television dramas ‘Poirot’ and ‘Downton Abbey’.


Below is a photo of the inner courtyard of the house with its lovely symmetrical garden – how does your garden grow? 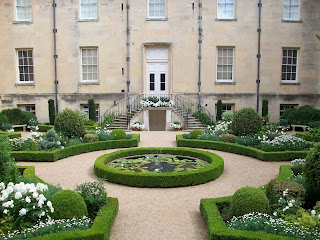 This is a magical, interesting and lovely site, which can also be used as an event venue.  A little bit off the ‘beaten track’ of London tourism but a site that shouldn’t be missed!  It was really difficult to choose the photographs for this blog, but, until we meet again…..