‘If you’re curious, London is an amazing place’


The Tate galleries encompass a network of four galleries, two in London, one in Cornwall [south-west England] and one in Liverpool [not many people know that!]:


Despite living in the UK all my life [except for some long jaunts living in Australia and India], I had never been able to afford the time to visit these galleries.  This blog is focused on the two galleries located in London.  I grew up believing that art was for the rich, famous and educated, but I have always loved Rembrandt, Renoir, Monet, Turner, Constable and Lowry.  One of my favourite Lowry's is below: 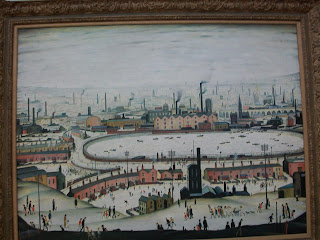 I suspect a visit to the old USSR in the early 80s exposed me to Rembrandt, Monet and Renoir, but I am not sure how I became aware of the other magnificent artists.  I have visited Venice a couple of time, and as Turner said, Venice was built for painting,: 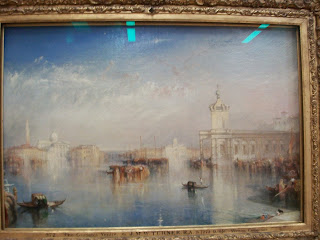 As a visitor to London, you can spend many happy hours visiting both Tate Britain, and Tate Modern, which apart from special exhibitions, are completely free of charge.  There are cafes for when you want to take a rest and shops selling prints of the paintings.


Tate Britain [established in 1897] holds the largest collection of British art anywhere in the world, from the year 1500.  It also includes the largest collection from Turner in the world.  It is located at Millbank, SW1, with Vauxhall as the nearest over-ground train station.  On exiting the train station, it’s a short walk over the beautiful Vauxhall Bridge, take a right turn and Tate Britain is just a few minutes’ walk along Millbank.  The nearest underground tube station is Pimlico, on the Victoria Line.  Below is a photo of Vauxhall Bridge: 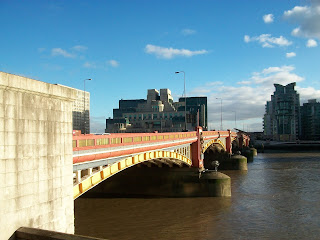 Tate Britain is linked to Tate Modern by a high-speed boat – easily accessible because the Thames River runs directly alongside both galleries.


I visited Tate Modern, however, on a different day, and had real difficulty finding it.  Although the nearest underground tube station on the same side of the river as the gallery is Blackfriars, I got completely lost.  But that is because I am a bit geographically challenged, and find it difficult to follow maps.  For this visit, I had pre-paid to attend the Georgia O’Keeffe exhibition at Tate Modern, who has become one of my most favourite artists.  This was an amazing exhibition, and well worth the stress I experienced to find the venue. 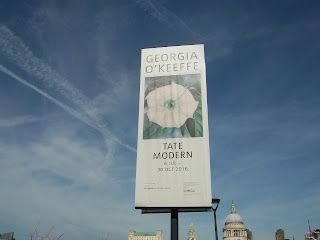 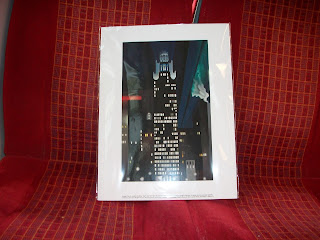 Tate Modern houses contemporary and modern art.  The first impression is of a massive warehouse, with none of the warmth of Tate Britain.  However, if modern art excites you, such as David Hockney, and Damien Hirst, then this is the venue to head to.  There are many free rooms to explore, but as mentioned before, there is a charge for special exhibitions.


Remain curious – and you will find that if you decide to visit Tate Modern on a particular day, you can combine this activity with a Thames river-cruise and a visit to the London Eye, as these are both activities within easy reach of Tate Modern. 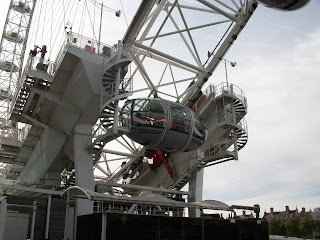 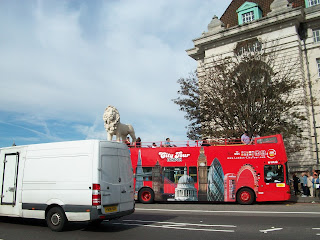 As always, the best way to see a city is to get lost – just make sure you give yourself plenty of time to get lost, and then find your bearings, if you have paid for an entrance to a particular exhibition such as O’Keefe!  This is one you won’t want to miss.  Just beware of roaming lions.......!!