‘Vienna is a handsome, lively city, and pleases me exceedingly’


This was my first trip to Austria since 1974, when I took a school trip from London to Italy via Germany and Austria.  My one and only ski trip in the Italian Dolomites!  I wanted to check-out Vienna for a long weekend, and will definitely be returning.


I was able to secure a very good trip price from the British Airways sale, which included flight, hotel and a day tour.  British Airways always have very good deals after Christmas in the January sales, so it is worth waiting for.


The flight from London’s Heathrow airport is only two hours to Vienna, but British Airways have stopped offering free food and drink on short-haul flights.  It is worth taking your own food, because they ran out after serving 4 rows!


There is some wonderful artwork at the baggage carousel within Vienna Airport, which is a fabulous greeting – this painting is the Tower of Babel. 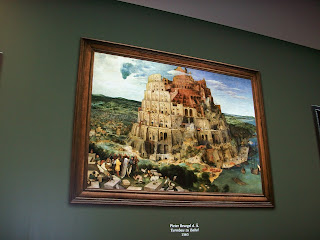 I travelled at the end of January 2017, and the temperature was minus 6, and cold.  I stayed out of town at the wonderful Hilton Danube Waterfront.  I had the biggest room I have ever seen, with a view of the Danube.  The staff were friendly, and helpful, and there is a lovely bar with a view of the river which served good food.  It has a pool, and a deck, for use in the summer time.  This is the view after snow fell on the second night, and it was beautiful. 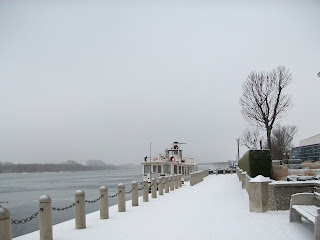 The highlight of this quick trip was a 5 hour tour of the city and a visit to the summer palace [Schonbrunn Palace].  A pick-up from the hotel was complimentary through ‘Vienna Sightseeing’.


The summer palace has 1441 rooms, although only about 12 are open to the public, and spans 300 years.  It has beautiful gardens, and the rooms we were allowed to see are beautifully ornate.  It is full of incredible artwork, including portraits of the empress Marie-Therese and her family, who ruled for 40 years in the 18th century.  She had 16 children – I wonder if she was one of the first ‘super-women’! 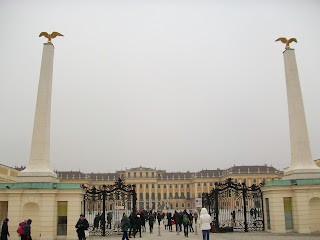 On the downside, the palace has no heating and had no bathrooms.  As the tour guide said:  ‘5 star palace, 1 star hygiene’! Although they installed beautiful, 10 feet high, extremely ornate heaters, and it is said Thomas Edison himself travelled to Vienna to install the electricity for lighting.  The dining rooms in the palace are still used today for official events, but we were not allowed to take photographs inside the palace.


The gardens of the palace have been used in several movies, most notably in the James Bond movie ‘The Living Daylights’. 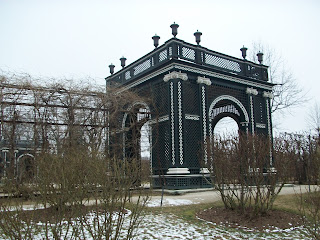 If you are taking this sightseeing tour, then make sure you sit on the left-hand side of the bus.  This has the best views of the magnificent architecture of the city.  It’s a quick tour around the city on the way to the palace, but the tour finishes in the city centre.  This way, you can have lunch in the centre and spend many hours walking around the city.


There is also the Vienna hop-on, hop-off bus which will drop you off outside the palace, if you don’t want to take a formal tour. 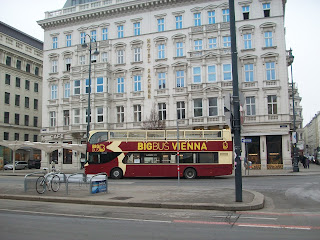 Vienna has much to offer, including amazing architecture, wonderful art galleries and museums, and a ‘little night music’, that is the bus tour guide can arrange your attendance at concerts.  There is also, of course, the famous Spanish Riding School, which is a centre for classical dressage.


I really enjoyed my quick trip to Vienna – it certainly is a handsome city – and I look forward to another visit for a longer stay.  The only caution is to avoid taking taxis, because they are very expensive.  My taxi from the airport to the hotel was nearly 40 euros.  There is a train from the airport to the city centre which is only 12 euros.  Bon voyage!